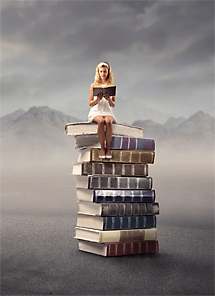 I was sitting doing a little reflection here the last couple of days and going over some of things I’ve previously written. Honestly, I’m my own worst critic so I’m initially not too bothered by the critical (and sometimes just plain rude) reviews that readers leave about my books and even though I probably shouldn’t, I read every last one of them and I check for new ones at least twice a day.

Maybe I’m a glutton for verbal abuse, after all, one reviewer actually went as far as writing that I’m a “disturbed person.” (no really, check it out.)But, this isn’t a post about how bad some people believe my writing is, it’s actually more leaned towards how I think I can become better.

Now, I’m moving away from the whole mystery, suspense, crime genre. I’m just not feeling as dark as I once did and that may be a direct result of how awesome my personal life has been over the past few months. Instead, I want to focus on love and romance with maybe a little fantasy in between, my only problem is I don’t know a lot about that stuff. So, I’m pushing myself to learn. If you know me, you most likely know I have a weak stomach for the mushy stuff–really. I can’t deal. Shoot, I lack the ability to express my own emotions sometimes.

I guess the only real reason I want to produce something in this genre is 1.) To please my mother at least once in my life [she will commit to being my number one fan if I can successfully pull off a 3-star romance novel] and 2.) To broaden my horizon.

Here’s some things I noticed about my writing:

1.) I kill characters for no apparent reason at all- Once minute they’re there and the next they’re gone. Just like that. There’s no emotion, just fatalities.

2.) Things happen too fast- Most of the time I’m just trying to get things out of my head that before you know it my brain has vomited onto the page and the end result is a random assortment of words strung along into sentences. (One Amazon reviewer actually points it out here.) However, that’s not to say that I don’t go back over these things to correct them! I do, I really do.

3.) The connection is missing- Whatever the psychology is behind getting people to love your characters as much as you love them is completely lost on me. I mean sure, it’s a good story, but do you really feel it when Aliza’s crying after the death of her parent’s? Probably not.

Well, with that being said, I’m going to be working on those things while I’m writing my latest novel, Not Without Alex, and I’m hoping the end result will be something my readers will be proud of.

0 comments on “Something a Little Different”