Alright, so I’ll start with the fact that these actors are way too old to be playing high school kids. Making them teenagers was probably the worst mistake, they honestly look like they’re about three months from graduating college. When Tyler says he’s 17 I almost spit out my soda.

The movie itself was okay. Just keep in mind that this story has been done so many times. It’s tired.

With a tired story, you just get a tired movie. 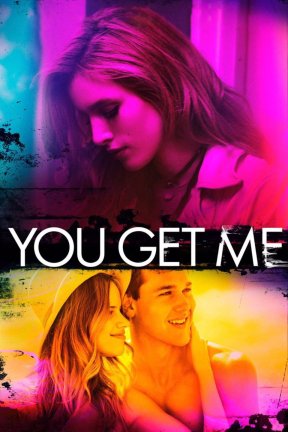 I kept watching because I thought that it might get better and it just kind of hit one note and stayed there. Like a flatline.

Yeah, this movie is a flatline movie.

The scene where Holly gets knocked to the ground begged to be extended, I expected her to leap up or something…but she just sat there with blood on her lip. What was the point of Ali being strung up from the ceiling? When Holly was adjusting the rope it looked like a noose, and I’m thinking “Oh, okay. She’s going to make Ali’s death look like a suicide.” That would have been interesting. But no. She just knocked her out and strung her up.

I will say that the title for the movie is appropriate though, you will get this movie. You’re going to know everything this movie is going to do before it actually happens. This is a tale as old as time and it’s done so predictably that there’s no enjoyment in watching it, but you keep watching because you lack the initiative to change it.