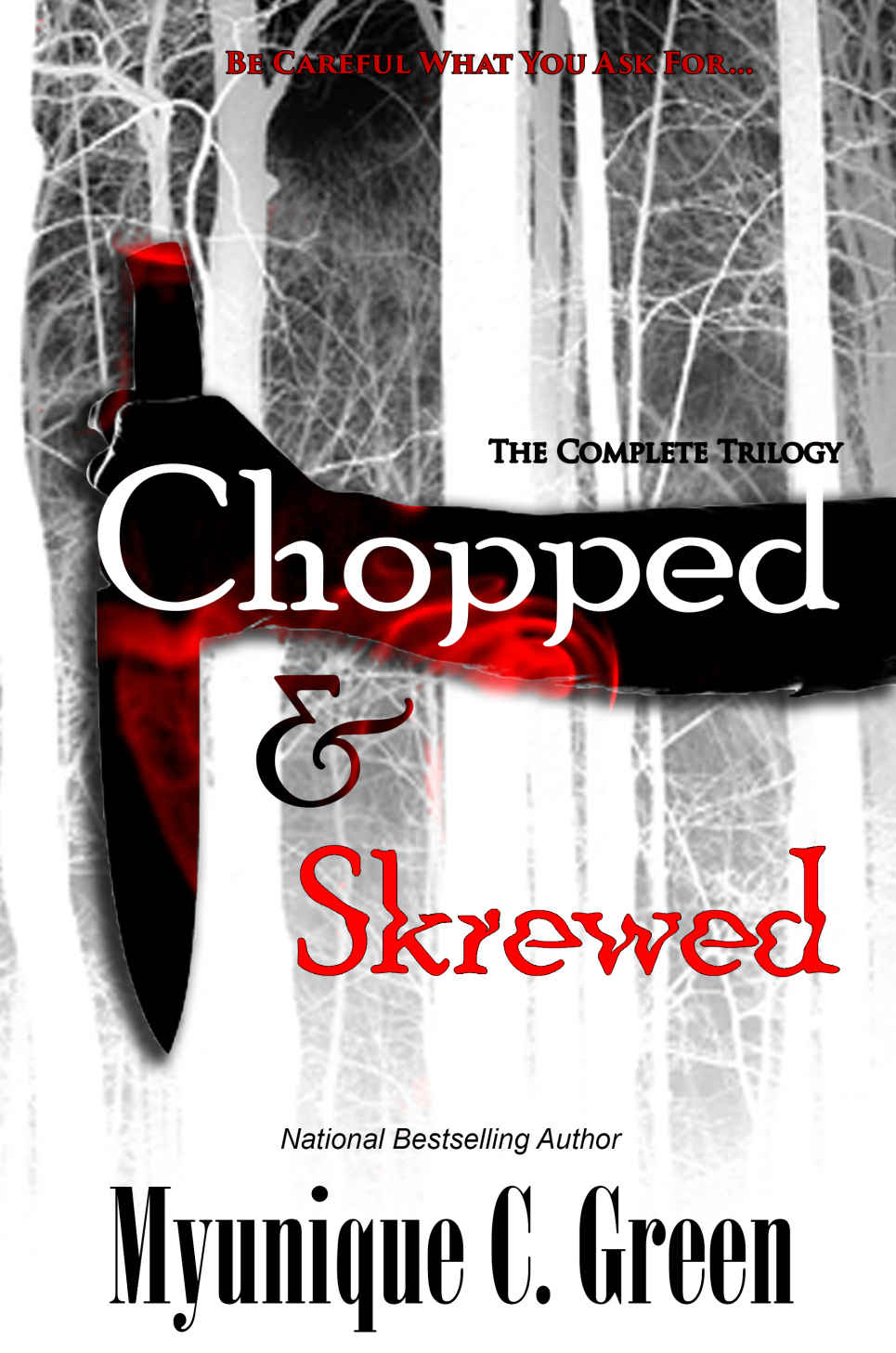 It all began when Cayne slept with Philip, Vivica’s boyfriend—a mistake she desperately wishes she could take back.

After being kidnapped and held hostage in an unknown location, Cayne has somehow managed to stay alive well beyond the length they thought she could. But what happened to her was no accident or by some ill-fated stroke of bad luck. Vivica and Philip have been in the business of selling people to The Man for a long time and soon, the shoe is on the other foot—in a dramatic turn of events they must now escape the monster they once fed. Captured and held in the old warehouse they soon discover that not only is Cayne alive, but she now holds their life in her hands. For them, death won’t come so quickly.

In one complete edition, Chopped & Skrewed combines the 2013 #1 Kindle Bestselling US Short Story, 713 and its sequel 281 with an epic conclusion, 832, unreleased until now.