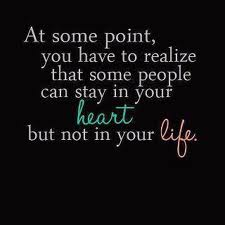 It has indeed been a helluva summer for me! From getting on a plane for the first time, to releasing Hysteria and attending my first authors convention Ii have indeed been having a blast. But it also has made me a very busy girl. I feel like these events are too monumental–at least for me– to include in just one post so I’ll be updating those over the next few days.

What I would instead like to talk about is growing apart…

I first became aware of the situation I was in after a conversation which revealed that not only did I not know him, he didn’t really know me. Especially after I got a regurgitated answer first gave to me by my grandmother (who’s obviously had 23 years of dealing with me and who I would venture to say probably knows me better than I know myself).

The question: What do you know about me?

It wasn’t a trick question. There was no one waiting to electrocute anyone if they got the answer wrong. Just a simple question anyone who’s been knowing someone for a little over three years should be able to answer. Well, I hung up the phone with the eerie feeling of not even being worth the time it’d take to give me an original answer. It made me wonder, what the hell are we even doing talking to each other?

Killing time? Finding ways to fill the silence in our lives during times of boredom?

That’s not to say that we haven’t shared some good times. Had some laughs, made some memories, but up to this point, what has it all been for? Laughs and giggles?

I ask myself. Was it worth it? Is it worth it? Does it really matter in the end if we both feel expendable? If you won’t give me a chance to eat your brain…err…get to know you then we have a friendship based on nothing. Should I be cool with that?

It wasn’t always this way though and I don’t doubt that the love is there. Somewhere. Deep, deep within. It’s all in the details, I guess. Still, I walk around with these nagging questions in my head that may never get satisfying answers, and well, maybe they don’t deserve one.

Enough of that… Now, I’d like to introduce HYSTERIA…

0 comments on “It’s All in the Details.”